well, sort of!  For the skeleton that is!  He's literally in pieces  now.  parts scattered on the crafting table and some of "him" stuffed into a jar for safe keeping!  :D  Brigit Mann shared her version of this idea here.  I'd thought about doing it, but wasnt' quite sure if I could pull it off -- but she gave me the vision that it could be done -- so here's my interpretation.  This was so much fun!  I think I've cut out 8 of these small jars so far!  Next up, the tall ones!

The labels and paper for the labels are from Echo Park's Chillingworth's Manor.  Collection.  Both digital and paperpack.  (I've nearly used all of my purchased paper pack already! - I'm so glad I purchased the digi collection too!). I got my digi pack at jessicasprague.com  The "jar" is from SVG Cut's very cool collection, Toil and Trouble SVG Kit .  I used a little bit of glimmer mist and ink for texture and highlights.  Those products were from Stampin' Up!  The acetate was a 3M product and the paper was from Paper Studio. And I love how the Eclips by Sizzix cut that acetate slick as butter! 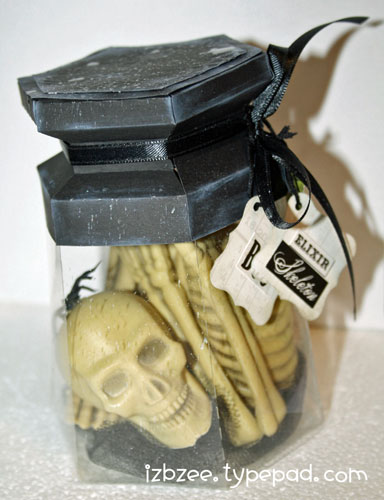 Playing catch-up on this one.  This is another version of an acorn.  I like this rounded one a little better than the squarer - boxier version in the previous post.  This is also an SVG Cuts file. 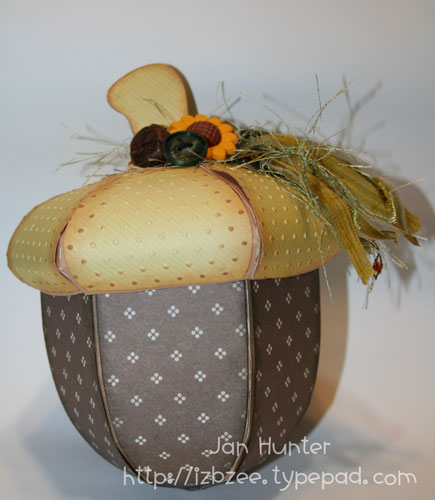 another version of the following was shared by Liz Swensen shown here.  I'm sharing this one with plans of making several more shortly using a different embossing plate for the front cover.  I just finished making it yesterday.  It's fun to do that.  I learned the technique from Mel at Melstampz.blogspot.com - and that is just one of a hundred or more techniques she's shared there!  She's so creative and open to sharing.  Anywho, onward to the fun.... 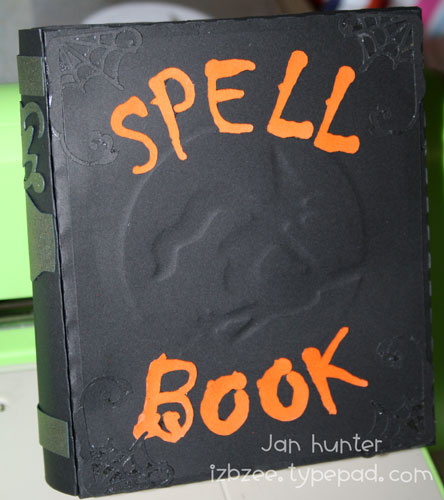 it's been a productive week or so.  More to come in the next week... lots of crafting and creating (I hope) on the agenda.  Looking forward to some creative time ahead if we don't have to pick up the paint brush and hammer instead.... but that's another story to share come Tuesday.