If you know my hubby, it's a favorite saying of his and one he often answers the phone with when he's talking to one of the kids or an extended family member.  I couldn't help but smile a bit when I saw SVGCuts free file, Merry Moose Cutie,


this morning and boy, I just knew that the plans I had for the next tag were going by the wayside and today's file was going to be put to use instead.  So, with a few keystrokes and clicks of the mouse, the file was stored on the computer.  Now, to decide just how to use it... hmmm!  Oh yea!  I think that would work... let's see.  Mary had just come out with her Everyday Winter Cards file 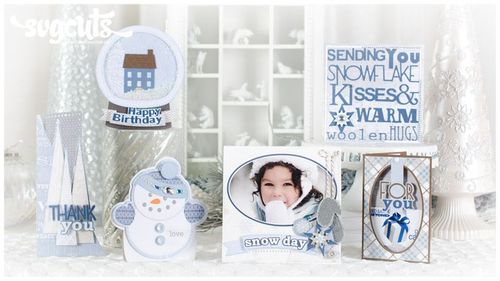 and there was a brand new Snow Globe card in it -- I could make that work and it could become a  LARGE tag.   I decided to add another layer and make snow on it by dotting it with some circles and a crescent.  (Yes, it's similar to another file by another company, but not the same).  The tree 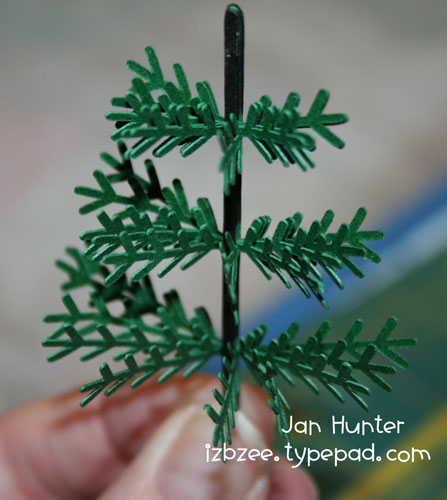 is from Christmas Cookie Party and so is the Tin Star. 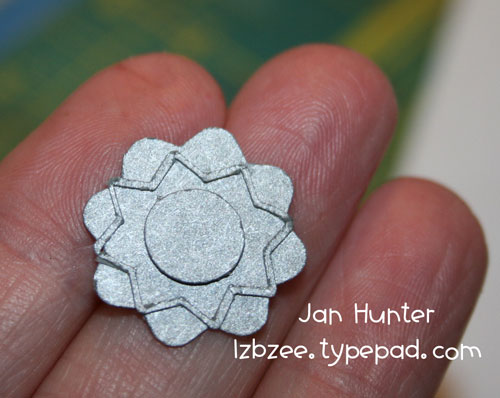 The stamps are from Stampin' Up as are the inks, markers, Crystal Effect, and papers.  I used a Sizzix texture plate this time around on the face of the globe and an embossing folder from ProvoCraft on the snowy hill.  Glue Dots, Scotch Quick dry for adhesives. All the pieces for the tag were cut on my Sizzix Eclips.

Oh, dear - I almost forgot.  You haven't seen the tag yet, have you?  That darn moose!  He really is on the loose! 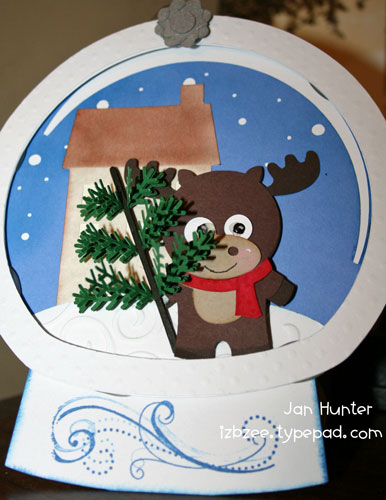 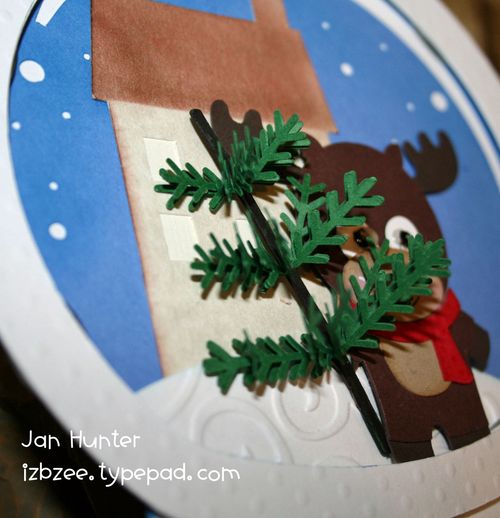 I'm looking forward to taking Mary's snow globe card one step further next time.  I know Mary intended the globe to become a shaker card.  I have a feeling that I'll be making a few of those in the very near future.  Note:  The tree on this tag was just a tad bit too 3-D for the shaker!

The comments to this entry are closed.