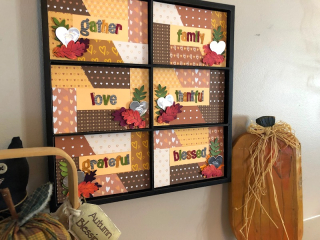 Loving the way blocks for this turned out.  The dovetail quilt blocks provide a perfect setting for signatures or in this case, words of gratitude.  The paper piecing was easy, but this project also features some embossing done on a metallic sheet - the Skycut and SCAL5 Pro software made it so easy to accomplish.  For all the details, head on over to The Artistry!

It seems like the holidays have descended in one fell swoop... late Thanksgiving and before you know it... well Christmas is just 10 days out now.

We've been busy "elves" the last several months!  I can now share a couple of things I've created now that InviteByVoice has shared the projects on their site. 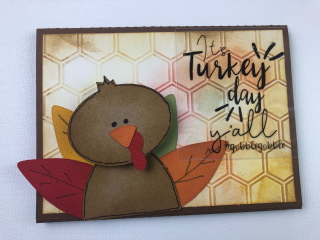 The turkey is a design we used several years ago and I decided it was time to bring it back.  I couldn't find the original cutting file and created my own using ecal3 and cut the shapes with the eclips2.  A little inking, pen and a wobble added a little dimension to the turkey.  The background was embossed and inked.  The sentiment was a file from CreativeFabrica and was printed in reverse on transparency... TIP:  Print and let dry for 24 hours before using.  I also added an EZ Sound module to this card -- the sentiment on the inside says and compliments the Gobble til you Wobble ringtone. A also created a trio of 15 minute cards using the same basic design, just altering the embellishments.  These cards were featured on the InviteByVoice blog - you'll find that post and a step by step tutorial  here. 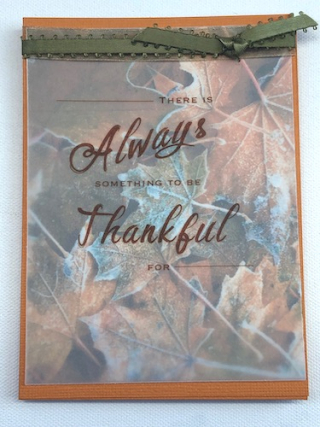 There are several other projects on the crafting table... will be sharing those very soon.  Thanks for dropping by.  Hoping you'll make some time this holiday season to do a little creating.  Happy Holidays!

Thanksgiving is just around the corner... I saw this cute and whimsical wood cut in an ad and figured why not?  :) 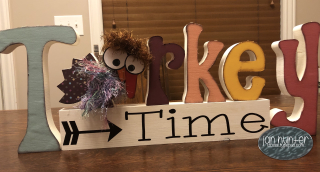 I think it turned out pretty cute.   The turkey has his own personality... Love the eyelash yarn I found in my stash leftover from some projects a number of years ago. He might need a little trim on top though.  I haven't quite decided. 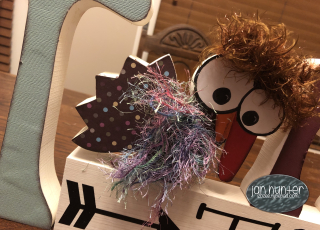 And I decided to make some printable Thanksgiving postcards  using the eCal3 software and basic shapes library. 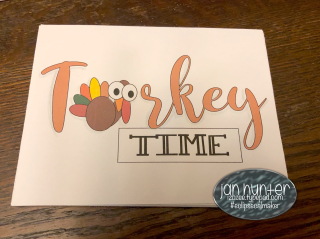 Thanks for dropping by.  Hope you enjoy a wonderful Thanksgiving wherever you are.  We're looking forward to an early celebration with our family this weekend.

Nurture your creativity and create space and time to do it!